The current state of arctic sea ice (see graph below) sends a chill down my spine.

So what it says is that the ice is melting furiously, and looks like it’s not yet slowing down even though the days have started to draw in.

However, any scientist will tell you that no single data point can be used as evidence of global warming, there are simply too many fluctuations for anything to be concluded over anything but the longest timescales. We cannot simply look at the mean temperature for a hot year and say, there you go, global warming!

Now, the issue is, there are well-known cycles over pretty much all timescales – this pretty much undermines all serious attempts at prediction.

So, what to do? Well all is not lost; there are still some clever little leading indicators we can look at to give us that sobering wake up call.

Firstly, we know CO2 concentration is up, no doubt or argument, this can be seen in the famous Hawaii data above, complete with the seasonal ‘breathing’ by global plant-life. The argument is about whether the greenhouse models that say this will result in warming will turn out right. I honestly don’t know, but I wouldn’t even have to wonder if the CO2 levels weren’t going up, would I?

Secondly, rather looking at averages or ‘new records’, we can look at the frequency of records. So rather than saying, “we just had the hottest summer ever in some parts of the US, there’s the proof” we can look at how often records are set all over the world – hottest, coldest, wettest, dryest and so on. This approach creates a filter; if it shows there are more records being broken on the hot side than the cold side, could this be an indicator? I hope not, because there are.

Again, it could be part of a long-term cycle that could bottom out any time now. But on the other hand, if it was going the other way, I wouldn’t have to hope, would I?

Now the sea ice. The sea ice is another proxy for temperature. The reason it’s interesting to climatologists is because it is a natural way to ‘sum-up’ the total warmth for the year and longer; if ice is reducing over several years, it means that there has been a net surplus of warmth. 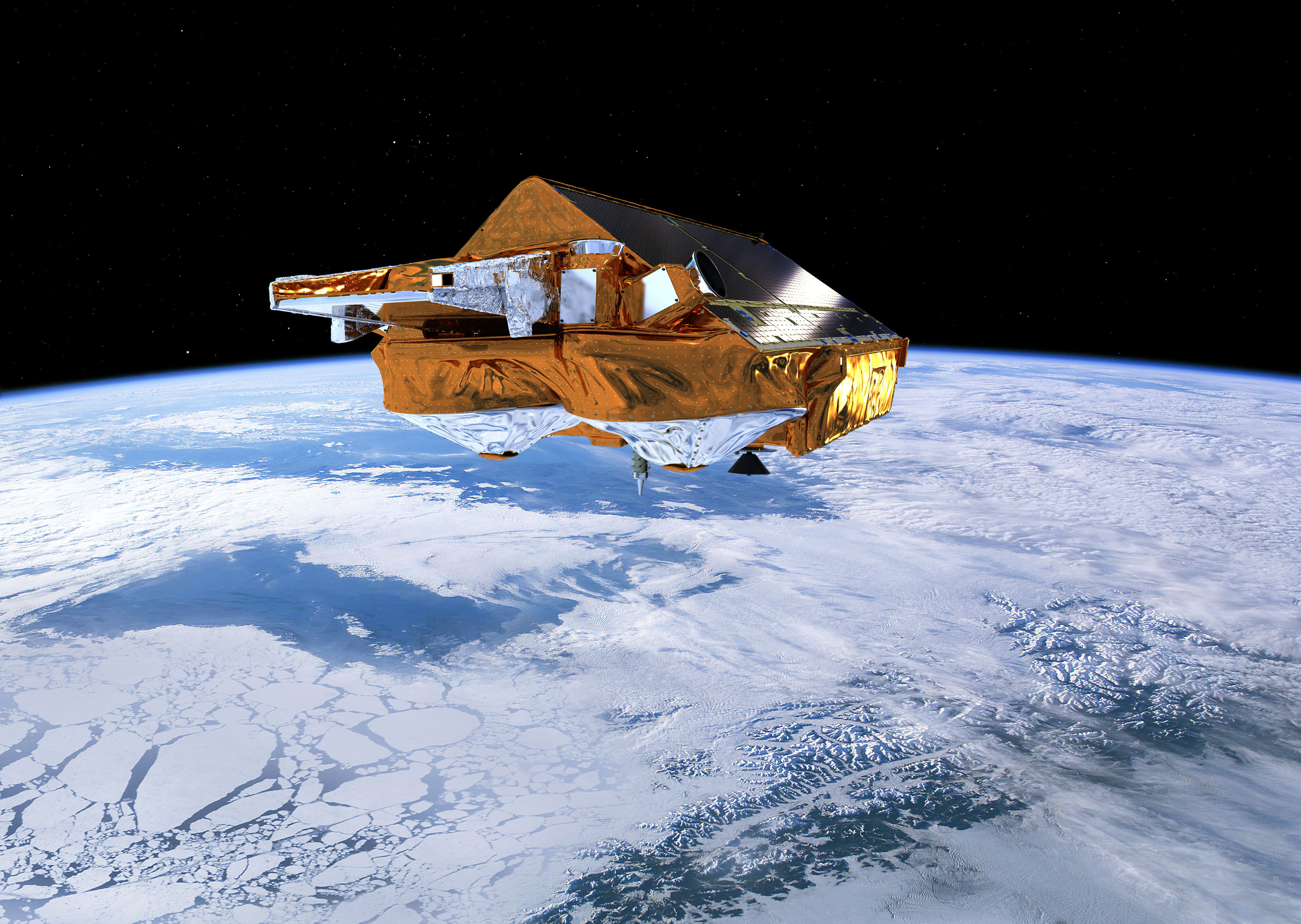 Today we are seeing a new record set for minimal northern sea ice. And not only is there less area of ice, but it is thinner than previously realized and some models now suggest we could be ice-free in late summer in my lifetime.

Now if that does not strike you cold, then I didn’t make myself clear. This is not some political posturing, not some ‘big-business’ spin, nor greeny fear mongering. It’s a cold clean fact you can interpret for yourself, and it could not be clearer.

So is it time to panic?

Well it can still be argued the melting is part of a cycle, it could of course reverse and hey, no biggy. After all, what does it matter how much ice there is?

Well, yet again, I hate to rely on the ‘hope’ that it’s a cycle. Because if it continues, the next effect will be felt much closer to home…

Sea level is the ultimate proxy for warming. Indeed, sea level change can be so serious, maybe it is the problem rather than the symptom. If the ice on Greenland and Antarctica melt, the rise in sea level would displace hundreds of millions of people and change the landscape so dramatically it’s a fair bet wars and famine will follow. Now that is serious.

So have we seen sea level rise? Well, yes. Here’s the plot:

Now, it looks pretty conclusive but hold the boat. Some say’s it’s proof of warming but not everyone agrees. It’s true it could again be a cycle. Also, the sea level rise is fairly gradual; what people are really arguing about is whether we should expect it to speed up. If temperature goes up a few degrees it could go up 5 or 10 times faster. The speed is the issue. Humanity can cope if the level goes up slowly enough, sure, countries like Tuvalu will be in big trouble either way, but countries like Bangladesh and cities like New York and London will only be in real trouble if the rate increases.

Canaries taken into mines in order to detect poisonous gases; the idea being they would suffer the gas faster than the people and if the canary dropped, it was time to vacate. Do we have systems that are hypersensitive to climate change?

Yes! There are many delicately balanced ecosystems that can can pushed over a tipping point with the lightest of touch. Is there an increase in the rate of species loss, or an increase in desertification? Yes!

We can also look at how far north certain plants can survive, how high up mountains trees can live or how early the first buds of spring arrive.

The conservative approach is to ascribe these changes to the usual cut and thrust of life on earth; some take solace from the fact that humankind has survived because we are the supreme adapters and that the loss of species is exactly how the stronger ones are selected.

Yes, we are great at adapting, however, to kill any complacency that may create, consider the following: for humans just ‘surviving’ is not the goal, that’s easy, we also need to minimize suffering and death, a much tougher aim. We’ve also just recently reduced our adaptability significantly by creating ‘countries’. Countries may seem innocuous, but they come with borders – and mean we can no longer migrate with the climate. Trade across border also needs to be of roughly the same value in both directions.  While some countries will actually see productivity benefits from global warming, most will not, and without the freedom to move, famine will result. Trade imbalances mean inequality will become extreme. The poorest will suffer the most.

So for now changes are happening, and advances in agricultural technology are easily coping; however, because ecosystems are often a fine balance between strong opposing forces, changes may be fast should one of the ropes snap.

Looking at the long history of the earth we have seen much hotter and much colder scenes. We have seen much higher and much lower sea levels. We are being wishful to assume we will stay as we have for the last 10,000 years. It may last, or it may change. Natural cycles could ruin us. And mankind is probably fraying the ropes by messing with CO2 levels.

Can we predict if we are about to fall off of our stable plateau? No, probably not. But is it possible? Heck yeah.

If you liked this, you may like these earlier posts on the subject of global warming: