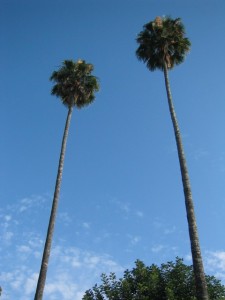 I read some comments on Scientific American today that instantly made my blood boil. Or cavitate at least.

It was an explanation of how tall trees get water right up top. No I never thought about that before either.

Anyhow, anyone who’s drilled a borehole knows you can only suck water up 33 ft before you get a vacuum forming, water boiling and general pumping failure. Hence the need to put a pump at the bottom of a deep borehole.

Now, I had always thought capillary action was what sucked water up plants, handily bypassing this issue, and there, right in the comments, it was asserted that this was a ‘common misconception’…

After the shock, I did what a good scientist is supposed to do, fighting the desire to simply namecall, I watched her darn video.

I remained skeptical. Very skeptical. I again overcame desires to write rude comments in youtube and went a read up on it properly…

Ok, so it turns out that there is some sort of truth to it: indeed some clever people believe water can be ‘sucked’ to the top of tall trees, which does indeed require negative pressure.

So I ask, why won’t the water boil? 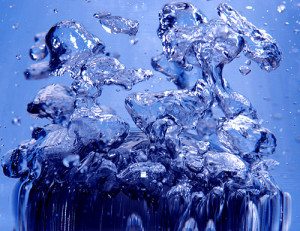 Because, they say, it’s ‘meta-stable’. Like super-cooled water, or superheated water, water can supposed go to ‘tension’ without boiling if only you can prevent that initial bubble forming. Simple!

A little more thinking and internal wrangling, and I slowly conceded it just might be. Yes, ok, negative pressure is not really all that radical, it is essentially tension. It’s common in solids, it’s just the idea that water can be ‘tense’ that is difficult to get one’s head around.

So, the process had begun; I started to consider that maybe I was wrong. It’s not pleasant folks, and I am not trying to beat my own drum, I am sure there are plenty of other times when I’ve failed this test, it was just interesting because here I think I passed it…

Anyway, back to the point. Alas, I then read even more deeply, that though I find myself agreeing that water can indeed be under tension, and that sort of does mean negative pressure, I’ve yet to be convinced that ‘wicking’ it not at least involved in tree sustenance. Anyone who has dropped a dry cloth in water knows the water climbs into the fabric.

Furthermore, if there was negative pressure in the tree’s ‘pipes’ why wouldn’t they collapse?

It took deeper digging, but now all my cognitive dissonance is resolved, and I feel just fine by closing my investigation with this makeshift conclusion: that while trees do suck water up (via transpiration and the pull of surface tension in narrow openings) the pressures needed are not too crazy BECAUSE OF THOSE GOOL OL’ WICKING EFFECTS!!

Yup, I have to conclude that the attraction of the fluid for the xylem walls helps ‘keep the water up’ and thus preventing it from pulling too hard on the water above it.

It turns out this is what many others think [great minds for sure], and some [’nuff respect] took the steps of building a pressure probe small enough to poke into a plant’s pipework. What they found supports my newly cherished (but alas already 120-year-old) Cohesion-Tension theory of tree hydration.

In other words, while wicking (capillary action) is not a sole actor, it is there in a critical supporting role. Aaah that’s better, as you can see I wasn’t totally wrong 😉

PS. On the other hand, negative pressures seem to be a new and reproducible fact for us to worry about!